Lawmakers in Washington are making it easier for Americans struggling with the fallout from the coronavirus to draw on the trillions of dollars in their 401(k)s and other retirement accounts. 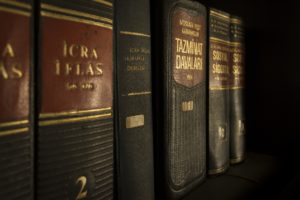 For a limited time, Americans will now be able to withdraw money from tax-deferred accounts without penalties, under the Coronavirus Stimulus bill. Rules on taking loans from 401(k)s will also be loosened up, and some retirees will be able to avoid Required Minimum Distributions (RMDs) that otherwise would have been costly, says the article “Coronavirus stimulus lets struggling Americans tap retirement accounts early” from the Los Angeles Times.

In some cases, these changes reflect what has been done for retirement savers in previous disasters. However, for the most part, these are more intense than in other events. The chief government affairs officer of the American Retirement Association, Will Hansen, says that we are now in uncharted territory as a result of the COVID-19 pandemic. The numbers of people filing for unemployment make it likely that many people will be tapping their retirement accounts.

One provision in the bill would allow investors of any age to take as much as $100,000 from their retirement accounts without any early withdrawal penalties. If the money is put back in the account within three years, there won’t be any taxes due. If the money is not put back, taxes can be paid over the course of three years. The law says that the money must be a “coronavirus-related distribution,” but the rules are loose.

People who test positive for the virus, along with anyone who experiences adverse financial consequences as a result of the pandemic, including being unable to find work or childcare, are permitted to make these withdrawals.

Retirees in their early 70s were previously required to start taking money out of tax-deferred accounts and start paying taxes on those distributions. The bill also waives these rules.

However, pre- and post-retirees need to think carefully about withdrawing large sums of money now. For pre-retirees, this should only be a last resort. Some professionals think the 401(k)-loan amount is too high and that people will jump to take out too much money, which will never find its way back.

According to a U.S. Government Accountability Office report from 2019, Americans ages 25-55 take approximately $69 billion a year from their retirement accounts. Once the money is gone, it’s not able to earn future tax-deferred returns.