Nursing homes are incentivized by the state to perpetuate the hoax because the daily nursing home rate paid by the state is lower than the private pay rate. Lawyers who don’t know anything about the Medicaid regulations are telling people they have no options for planning for Medicaid eligibility. How do you overcome misinformation or a lack of information? You get educated. Here are three myths, rooted in the Medicaid Planning Hoax, that are all wet. [Read More]

A few months back, we wrote about The Great Medicaid Planning Hoax happening right now in our community. If you read that post, you may recall that the state wants people to believe Medicaid is not an option for them because that reduces the number of applicants which increases the balance in the state’s coffers.

Unfortunately, nursing homes are incentivized by the state to perpetuate the hoax because the daily nursing home rate paid by the state is lower than the private pay rate. That means nursing homes prefer that you not apply for Medicaid because Medicaid patients generate less revenue. Making the whole situation worse is a lack of knowledge among advisors – especially financial advisors and general practice lawyers – regarding the Medicaid rules. Lawyers who don’t know anything about the Medicaid regulations are nevertheless telling people they have no options for planning for Medicaid eligibility.

But how do you overcome misinformation or a lack of information? You get educated. Here are three myths, rooted in the Medicaid Planning Hoax.

Myth #1: There’s Nothing I Can Do in Advance

The powers that be would like you to think about Medicaid like this: “I’ve worked all my life to save money for my retirement and to protect the family farm. I know Medicaid isn’t an option because of my savings, but I’d really like to leave a legacy for my spouse and pass the farm down to my kids. I guess I’ll just have to wait and see what happens.”

With the yearly cost of nursing home care reaching nearly $78,000 for 2020 and increasing year over year by 5% or more, the situation can look pretty bleak through these glasses. Let’s take those glasses off and look at the reality of the situation.

Reality #1: You Can Always Make a Plan

Where the state would have you believe planning for Medicaid eligibility is impossible, the opposite is actually true. First, if you place assets like the family farm into an irrevocable Medicaid Asset Protection Trust (MAPT), those assets will be outside your estate for purposes of your Medicaid application if you apply more than 60 months after creating the trust. Properly drafted, a MAPT can give you a huge range of benefits, including asset protection and a preserved step-up in basis for your heirs.

Second, even without a trust, you can become eligible for Medicaid through gifting even within the five-year lookback period through careful planning with other instruments. Done properly, funeral planning for yourself, your spouse, your children, and grandchildren is available. Medicaid compliant annuities and proper titling of assets are also potential strategies.

Pre-planning isn’t the only option. The state or the nursing home billing department might tell you that you have to spend all your money on the facility before you can apply for government benefits. 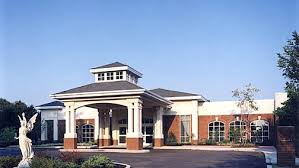 Reality #2: The Cost of Your Care is Under Your Control

But the fact that you’re already in a facility doesn’t mean you have to pay all your money to the nursing home. You can use your money on anything that is a legitimate expense, including the funeral planning and annuity planning mentioned above.

For starters, Medicaid has two financial eligibility tests: income and assets. These tests are applied differently to married couples and single individuals. As a result, certain strategies are available for converting assets to income for a married couple that may not be available for single people.

Once you’re in a facility, irrevocable trusts are typically no longer viable options because you probably won’t be able to outlast the five-year lookback period. However, in the right circumstances you might be able to transfer your assets to a disabled child or other dependent without incurring a penalty.

Myth #3: My Lawyer Knows Enough to Advise Me

Especially in small towns, it has long been the tradition for lawyers to practice in every area of law available. Only in certain very specific situations will a general practice lawyer refer a case to a specialist.

If you live within a 100 mile radius of Orange City, Iowa, your lawyer is almost certainly a general practitioner and they probably do a really great job of advising you in almost every area of law. Unfortunately, I have heard many, many general practice lawyers tell people – at informal seminars, in client meetings, or in casual conversation – that there is nothing they can do to protect assets from the nursing home or the state.

Reality #3: The Jack of All Trades is the Master of None

Let’s cut right to the chase: Medicaid Planning is a very specialized area of law. Some general lawyers will list elder law on their website or résumé under their practice areas, but they don’t know the first thing about Medicaid eligibility limits or the process for filing an application.

What’s worse is that most general lawyers won’t even list elder law as a practice area, but then hold themselves out as knowledgeable in a field that changes at least yearly, but often by the month or even weekly.

And financial advisors are guilty of the same approach. Just because your life insurance agent works for a company that also sells long-term care insurance (LTCi) doesn’t mean he’s knowledgeable about the requirements of a Partnership Qualified LTCi plan or whether you should even be considering a Partnership LTCi policy.

From the alphabet soup of Medicaid eligibility (CSRA, MMMNA, IS, CS, LTCi, MQSPIA, etc.), to the complicated math of calculating the half-a-loaf annuity premium and client participation amounts, a dedicated long-term care and Medicaid Planning expert will have the knowledge needed to advise you about all your options for paying for long-term care.

Look at it this way: you wouldn’t ask your personal physician to perform a quadruple bypass surgery or remove an un-ruptured brain aneurysm.

With so much misinformation out there, it’s no wonder the Medicaid Planning Hoax persists. Here, we’ve dispelled just a few of the myths that are perpetuated by the hoax. But what’s the take-away?

You know you have options, but knowledge is just the first step. The Medicaid regulations come from a wide variety of federal and state statutes and regulations. Not only that, but the way the rules work together is also incredibly complicated and can depend on various factors and circumstances. That’s why you also need to work with a long-term care planning expert who knows the fine details of Medicaid eligibility. Working with an expert will allow you to focus on caring for yourself and your loved ones instead of getting lost in the minutiae of Medicaid eligibility.

If you or someone you care for is facing a large nursing home bill, I want to encourage you to talk to a long-term care planning expert. Seek out someone well versed in the Medicaid rules and regulations and ask them what the options are. Confront the Medicaid Planning Hoax and win; find the peace of mind you deserve. It’s out there, it’s available. And it’s waiting for you to find it.