Exercise May Help with Dementia

The results of a year-long trial led by researchers at UT Southwestern have homed in on how aerobic exercise can improve memory in older subjects with mild cognitive impairment. The findings suggest it is never too late to start exercising, since aerobic activity improves blood flow to regions of the brain associated with memory. 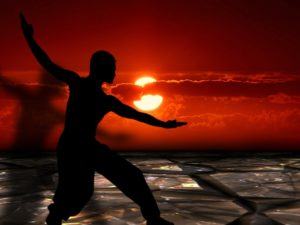 A new study shows that even when your memory starts to fade, you can still do something about it by adding aerobic exercise to your lifestyle, reports News Atlas’ recent article entitled “Aerobic exercise shown to improve memory in those at risk of dementia.”

The study concentrated on the long-term changes to cerebral blood flow that comes from aerobic exercise in patients already presenting with age-related mild cognitive impairment. Thirty subjects with an average age of 66 who did not regularly exercise but had signs of memory impairment were divided into two groups.

One group was asked to do several aerobic exercise sessions each week for 12 months, and the other group performed stretch and balance sessions aimed at strengthening their upper and lower body while keeping heart rates low. MRI scans calculated cerebral blood flow in all participants at the beginning and end of the year-long study.

After a year, the aerobic exercise group showed increased cerebral blood flow to the anterior cingulate cortex and adjacent prefrontal cortex, relative to the stretching group. Memory tests conducted at the start and end of the study also showed a 47% improvement in the aerobic group, while the stretching group had only minimal improvements. The study suggests a direct correlation between improvement on the memory test scores and increases in cerebral blood flow to these key areas of the brain.

While the number of people studied was small, the results are consistent with a large volume of prior research affirming the value of exercise in maintaining cognitive abilities in older age. Aerobic exercise appears to confer the greatest cognitive protections, especially in those most at risk of Alzheimer’s disease.

The researchers note that the group of patients that were recruited in the study all reported little to no regular exercise prior to the trial. The novelty of this particular trial is that it offers signs that aerobic exercise can confer cognitive benefits, even when started at an advanced age, after memory decline has already started, and those cognitive benefits may be mediated specifically by improved blood flow to specific regions of the brain.

The study was published in The Journal of Alzheimer’s Disease.

Reference: News Atlas (May 24, 2020) “Aerobic exercise shown to improve memory in those at risk of dementia”