Does Sleep Help with Alzheimer’s?

So how does one clean the brain? According to a study published in the journal Science, prioritizing sleep could be the key to eliminating toxins. 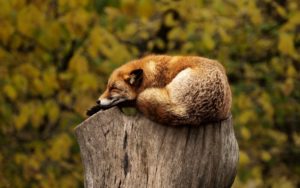 The brain is the center of the nervous system and controls thought, memory, emotion, touch, motor skills, vision, respiration and every process that regulates your body. As we age, it becomes increasingly important to care for the brain — especially to prevent conditions, like Alzheimer’s and other neurodegenerative diseases.

Considerable’s recent article entitled “Deep sleep may clear the brain of Alzheimer’s toxins” explains previous studies noted that people who sleep poorly are more prone to developing Alzheimer’s. However, scientists were never clear why this was so. A 2013 study performed on mice revealed that while they slept, toxins like beta amyloid (which may contribute to Alzheimer’s disease) were washed away. Nonetheless, scientists had no answers as to the question of why.

This new study says that during sleep, electrical signals (or slow waves) appear, followed by a pulse of fluid that “washes” the brain. The scientists now found an answer to their question, presuming that this fluid is vital in removing dangerous toxins associated with Alzheimer’s.

The study suggests that people might be able to reduce their risk of Alzheimer’s by getting high-quality sleep.

To come to this conclusion, the researchers used MRI techniques and related technologies to monitor what was going on in the brains of 11 sleeping people. In particular, they monitored cerebrospinal fluid (CSF), which is vital liquid that flows through the brain and spinal cord. They saw that during sleep, large, slow waves of CSF wash into the brain every 20 seconds. The report said that electrical activity in the neurons provokes each of these waves — the scientists compared all of this to the workings of “a very slow washing machine.”

“This groundbreaking finding suggests that people may be able to decrease the risk of Alzheimer’s, by making certain that they get high-quality sleep,” says William Jagust, a professor of public health and neuroscience at the University of California, Berkeley, in an interview with NPR.

Previous Alzheimer’s medications have targeted specific toxins that are readily present in diseased brains, such as beta amyloid. However, these drugs all failed once going into clinical trials, perhaps because they were only targeting one part of the issue.

The current study opens a new pathway for treatment that would concentrate on increasing the amount of CSF in the brain all together, instead of targeting specific toxins.